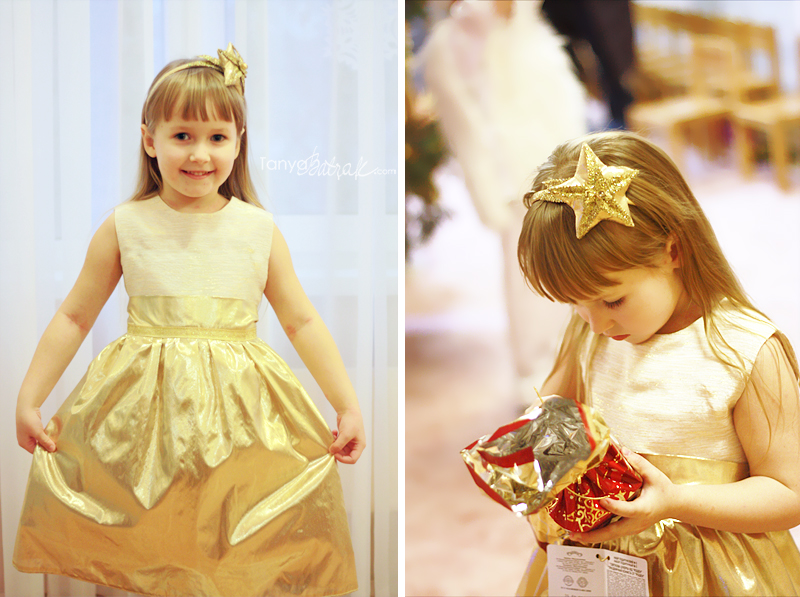 I was trying to write a post about Lera’s costumes for a long time and I was preparing this one for a month – so many photos to edit and gather together.

My newest costume – Little star for a New Year party in the kindergarten. With all that December fuss and nearly two months Lera’s diseases I did not have time for any large-scale project. I borrowed a ready-made dress from my friend and sewed a golden aprons and made a gold star headband. The apron is quite simple – thin gold fabric and embroidered ribbon. A golden star tutorial is below. 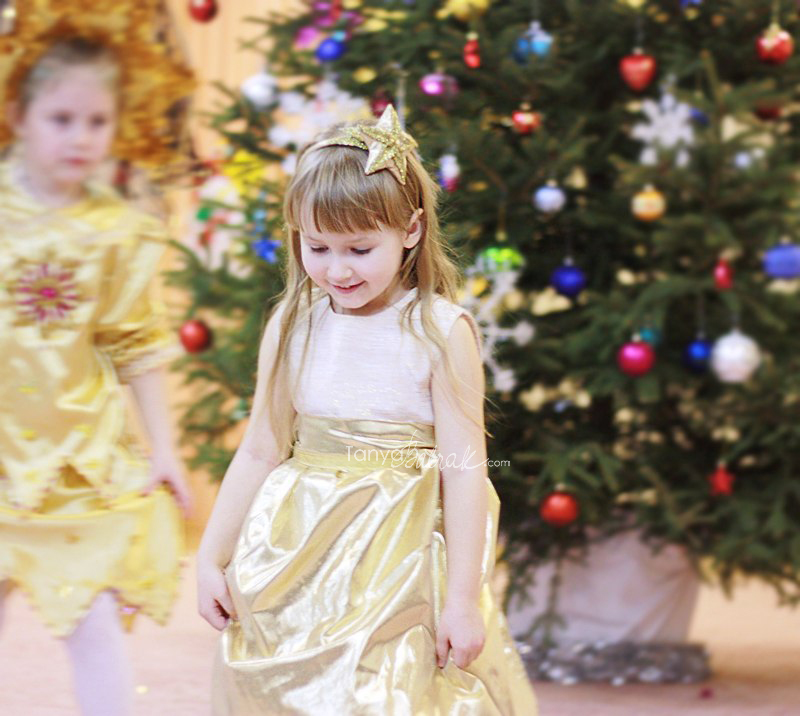 This was the very first costume which I made by myself from the start to the end. I used thin plush fabric of two colours – yellow and lemon. The dress has two buttons on right shoulder so Lera can put her head through the collar. I made those two antennae from the same fabric and the springs were glued with the hot gun to the yellow headband. 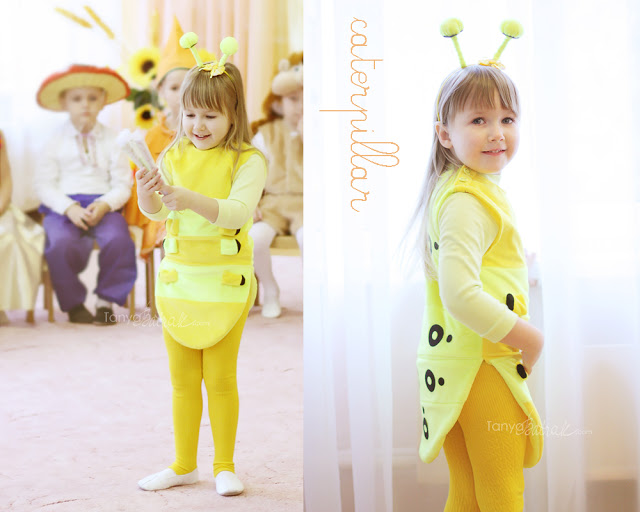 And here is a tomato-hat which I’ve made for my friend’s daughter. She was a Tomato Countess at the kindergarten autumn party 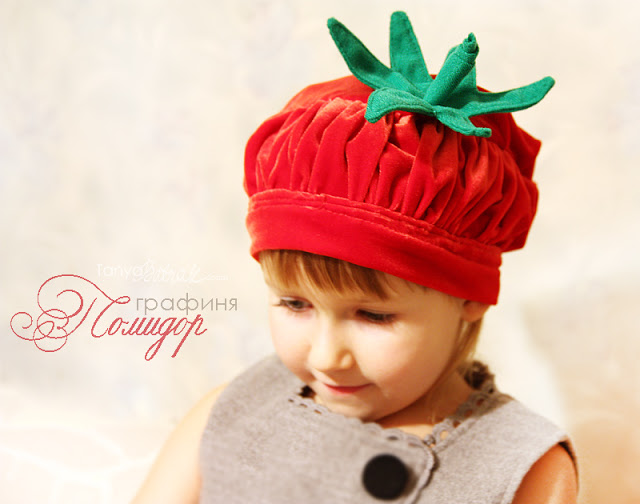 Well for this costume I sewed a hat and an apron which we put on a ready-made white dress. You can find the hat tutorial here. 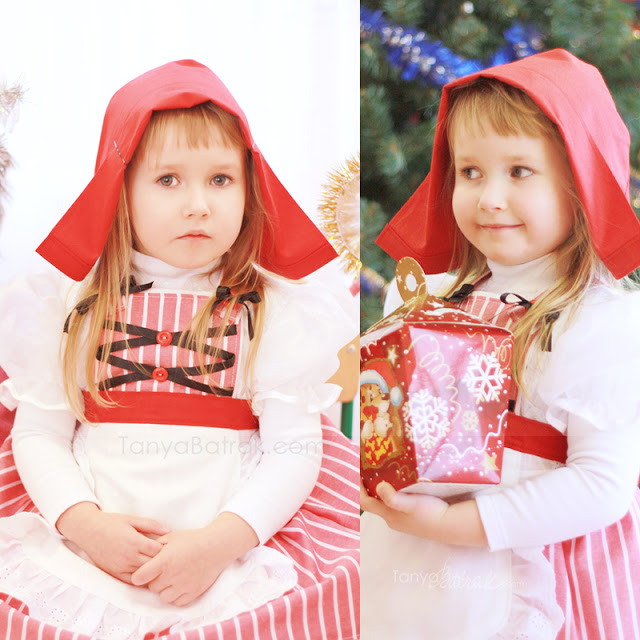 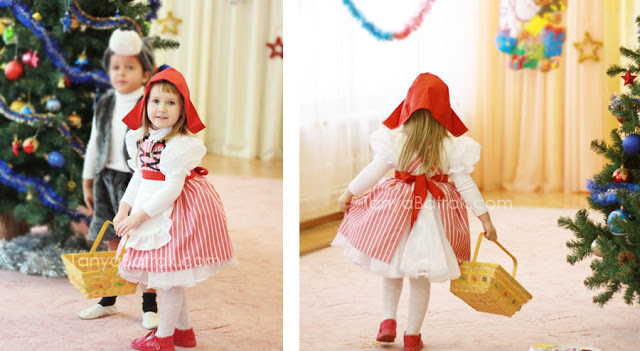 And here is my very first costume ever (2011). I couldn’t find such red fabric with big white polka pot but my mom found a ready-made dress. Well it was not so pretty as I wanted ))) so I altered it a bit 🙂
Thanks for stopping by! Have a wonderful day!