Specially for blog Design House LAE  I wrote the boot for spices tutorial. The boot is a part of a gift set for mulled wine. 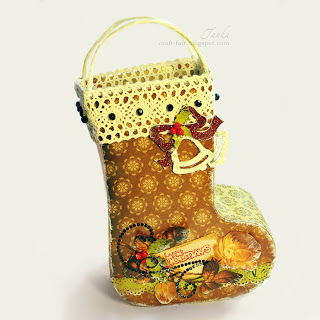 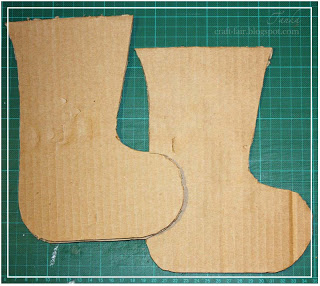 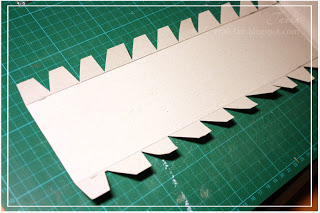 3. Glue the toothed strip to the corrugated board blank. The teeth should be on the outside. If you glue on PVA, let the glue dry completely, so that in the further assembly the cloves do not peel off at the most inopportune moment. 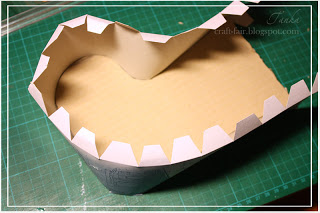 4. Glue the second strip also with teeth out. If the blanks from the corrugated cardboard are the same, that special difficulties should not arise. If you see that the boot is mowing in one of the sides, peel off the cloves and correct the workpieces. 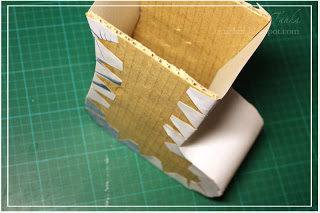 5. On top of the finished boot, I pasted the usual transparent adhesive tape for durability. Scrapbooking paper was glued after double-sided adhesive tape. Pens cut off from an unnecessary paper bag. First, we glue the handles, then on top of them inward a wide braid. Next, glue the same braid on the outside and decorate the boot, as the soul desires.

This website uses cookies to improve your experience while you navigate through the website. Out of these, the cookies that are categorized as necessary are stored on your browser as they are essential for the working of basic functionalities of the website. We also use third-party cookies that help us analyze and understand how you use this website. These cookies will be stored in your browser only with your consent. You also have the option to opt-out of these cookies. But opting out of some of these cookies may affect your browsing experience.
Necessary Always Enabled
Necessary cookies are absolutely essential for the website to function properly. These cookies ensure basic functionalities and security features of the website, anonymously.
Functional
Functional cookies help to perform certain functionalities like sharing the content of the website on social media platforms, collect feedbacks, and other third-party features.
Performance
Performance cookies are used to understand and analyze the key performance indexes of the website which helps in delivering a better user experience for the visitors.
Analytics
Analytical cookies are used to understand how visitors interact with the website. These cookies help provide information on metrics the number of visitors, bounce rate, traffic source, etc.
Advertisement
Advertisement cookies are used to provide visitors with relevant ads and marketing campaigns. These cookies track visitors across websites and collect information to provide customized ads.
Others
Other uncategorized cookies are those that are being analyzed and have not been classified into a category as yet.
SAVE & ACCEPT